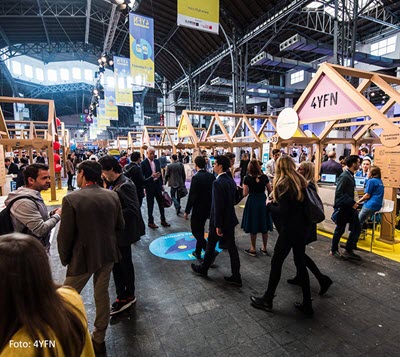 Barcelona has managed to consolidate itself as an entrepreneurial ecosystem for start-ups at a European level. This is the conclusion of the latest edition of the Startup Ecosystem Overview, which is produced by Mobile World Capital, and which notes that in 2017, 453 million euros were invested in the Catalan capital, more than twice the 197 million euros of the previous year, a figure that represents 58% of the total investment made in Spain as a whole, with an increase of 2 percentage points.

Barcelona is also the Spanish city with the largest number of entrepreneurial companies or start-ups; 34% of the total, and it has recently reaffirmed its 5th position in the European rankings with respect to investment preferences, just behind London, Paris, Berlin and Dublin – all of them state capitals – while remaining ahead of Madrid.

At a sector-based level, the importance of mobile and ecommerce in the city has been ratified, as these two areas account for 84.9% of investment in Barcelona. The entrepreneurial community also provides work to over 12,000 people, of these, 23% come from outside Spain, while 14% of company founders are international. In the views of European start-up entrepreneurs, Barcelona is now seen to be the 3rd most attractive city in the European Union when it comes to developing innovative projects and technology.

Added to this is the news that the Four Years From Now (4YFN) launching platform for start-ups is holding its fifth edition this year, and will once again be attending the Mobile World Congress. The platform’s management has also made several statements regarding the 2018 event – which will feature conferences on various themes, while focusing on inspirational topics, big data and transformation tools for the industry. Estimated visitor numbers have been predicted at around 19,000, with 650 exhibitors (this year representatives from America and Asia will be attending), in addition to over 700 investors, high-level speakers and conferences for local start-up projects.