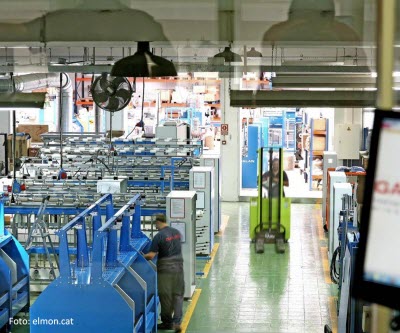 Foreign investment in Catalonia rose 240.4% over the first three quarters of 2015 year on year, hitting 3.206 billion euros from January to September, compared to the 884 million euros invested over the same three quarters of 2014. This data is from the Spanish Ministry of the Economy and Competitiveness, which shows this amount is 23.4% of all foreign capital received in Spain.

The third quarter of 2015 was especially favorable in terms of investment received in Catalonia, attracting 1.165 billion euros, nearly double that of the same period in 2014. In this regard, according to the Catalan Ministry of Enterprise and Employment, the manufacturing industry benefited most from this investment, as 27.6% of the total went to this activity, especially the food and automotive sectors. This capital came mainly from the Netherlands, France, Luxemburg, Germany, Mexico, the United Kingdom and Ireland.

Furthermore, the data from the Catalan Ministry of Enterprise and Employment also shows an increase in Catalan investment abroad. This figure was up over the first three quarters of 2015 to 3.42 billion euros, or 20% more than the first nine months of the previous year.

Finally, the Ministry of the Economy and Competitiveness also published statistics on exports to Spain. Catalonia makes up 25.6% of the total.