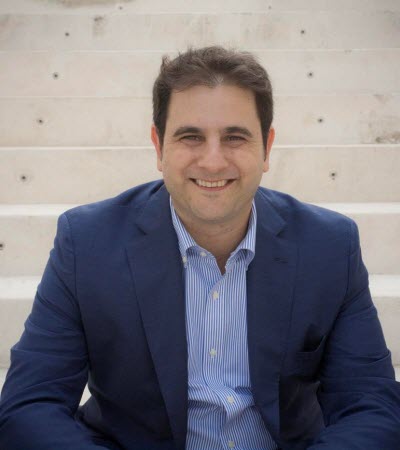 From 17 to 19 November, Barcelona once again hosted the Smart City Expo & World Congress. This international event addresses the need to consider and debate ideas associated with smart cities. This year’s event featured more than 450 exhibitors and 500 cities presenting their smart city models.

Through technology, a smart city manages resources sustainably to meet all of the needs resulting from new urban lifestyles. But can any city become a smart city?

In fact, I think it’s better to talk about solutions and not technology because if we only speak of technology we give the mistaken idea that smart cities are just technological cities and that isn’t the case. Technology is undoubtedly a very important transversal element in the development of smart cities, but it isn’t the be all and end all. Sometimes, the smartest urban solutions don’t involve technological innovation. The situations just need to be re-thought to use existing resources in a different, more efficient manner.

That said, the proposed smart model is valid for any sort of city. People often think that it is only a model for large metropolises and that’s not true. Large metropolises need smart solutions and so do small ones. There are different models for each city and type of city and each has its own advantages and disadvantages. Small cities have the advantage of size: it is normally easier to apply a specific solution across the board. However larger cities tend to have greater resources to implement new initiatives. Smaller cities often turn rightly to joining forces to implement projects together. Each city, given its size and particularities, has different models for funding and implementing initiatives.

Predictions for 2050 say 75% of the world population will live in urban areas. Which specific areas will technology be applied in to create more livable cities?

Technology can help in almost any aspect of how a city works. To start off, by helping us make better use of utilities and resources, from wasting less water or power during distribution to optimizing waste management with the resulting savings in terms of gas, greenhouse gas emissions and traffic, and creating more efficient, participative ways of governing. As we’ve said before, technology is a very important transversal element in the development of innovative urban solutions and in the much-needed transformation of cities.

New lifestyles have an impact on urban planning in cities. To what extent does the smart city concept help improve urban planning aspects like efficiency, sustainability and mobility?

The smart city concept has an element that, although it seems unbelievable, has revolutionized urban management and design models: a holistic view.  Until recently, cities were governed vertically by disconnected departments, and this doesn’t encourage efficient city management. Now, from the smart paradigm, changes in the middle term are designed together and coordinated to achieve seemingly simple things like unifying calendars for urban works so that water, power and telecommunications lines on one street are all handled simultaneously instead of digging up the road three separate times. This saves resources and also bothers residents less, which at the end of the day is always a core element of the smart model.

Barcelona is currently considered a global benchmark in the world of smart cities. What factors have led to this recognition?

Yes, I believe we can safely say that Barcelona is a global benchmark in smart urban solutions. Barcelona’s leadership in this area is a fairly objective fact. At least three different studies, by the British Standards Institution (BSI), Juniper Research and Boyd Cohen, an academic specializing in smart cities, rank Barcelona first among smart cities.

This leadership is based on three key factors. First of all, for years now the city has been an urban laboratory used to test new technology through pilot programs, applying groundbreaking solutions like installing paving stones and asphalt that absorb greenhouse gasses, parking meters that connect with mobile phones and smart, efficient street lights, to name just a few.

On the other hand, the city has been brave, with the determined leadership and political commitment of those in power, to transform the city and make it a better place for residents in all ways. And, finally, because Barcelona has become a true hub of knowledge regarding smart urban solutions with the Smart City Expo World Congress, which in just five years has become the global benchmark event and place where cities from all continents meet each year to share their experiences, discover new solutions and kick off joint projects.