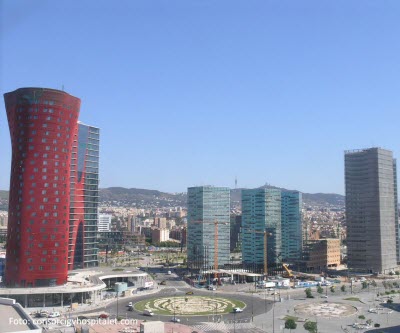 The availability of offices in Barcelona at the close of 2015 had dropped considerably from the data posted just one year earlier. The global availability rate dropped to 9.9%. This percentage of empty offices in Barcelona reached its height in 2010, when it was over 14%. The correction between in the level seen that year and the current rate is 29.5%. This data appears in the latest report on the office market in the Catalan capital published by Cushman&Wakefield in January.

According to this report, the total absorption of offices in Barcelona in 2015 was 420,000 m2, up 35% from the previous year, and the best figure in the past 10 years. The decrease in available spaces is not only explained by the record-breaking leasing figures in 2015, but is also due to the fact that no new spaces were added to the stock of offices in Barcelona in the fourth quarter of last year.

The new business areas, like the 22@ district and Plaça Europa, continue to attract a high percentage of leases, with 40% of all space leased belonging to these two areas, while 34% is in the city center and the prime area (Passeig de Gràcia/Diagonal), and the other 26% in operations on the outskirts of the city. The main operations of the year include those by the Government of Catalonia and the Catalan Tax Agency (Zona Franca, Barcelona), Stradivarius (Cerdanyola del Vallès), Laboratorios Echevarne, Mapfre Seguros, Roche Diagnostics and Banc Sabadell (Sant Cugat) and Barcelona Tech City and eDreams (Barcelona city).

Over the next two or three years, some of the office projects currently under construction will be completed, like Parc Glòries on the Audiovisual Campus, in 22@, being developed by Benson Elliot, with 25,000 m2, and the 6,000-m2 office building on Carrer Pere IV.