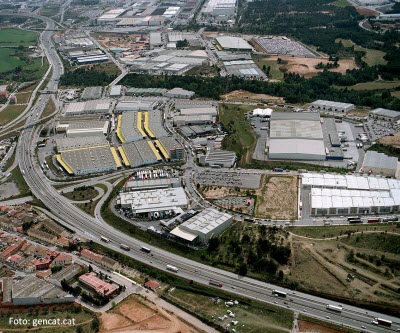 In 2014, the logistics property market in Catalonia posted notable growth in terms of the surface area leased compared to the previous year, up more than 15% from 2013 for a total of 311,246 m².

These figures are from the Report on the Industrial Market in Catalonia for the second half of 2014, compiled by real estate consultancy Forcadell, which was published recently. The report also highlights that in the fourth quarter of last year more than 90% of leasing was net, which is quite indicative of the significant volume of space leased for expansions or new facilities in Catalonia, and of the general market trend.

Of the total leasing in the second half of 2014, more than 86,000 m² were in the first ring of Barcelona, which is the most in-demand area. The second ring saw leasing of more than 72,000 m² in the second semester, while the space leased in the third ring was nearly 69,000 m². In this regard, it must be noted that 46% of all operations over this period were for logistics spaces over 5,000 m², showing the great interest of logistics operators in large spaces.

Noteworthy operations regarding logistics spaces in 2014 include the 32,000 m2 acquired by Sitasa in El Plà de Santa Maria, the 20,000 m2 of ID Logistics in Vilarodona, the 15,000 m2 of the World Duty Free Group in Barcelona, the 13,000 m2 of Molenbergnatiein Zona Franca and the 10,000 m2 of Naeko Logistics in Sant Boi de Llobregat.

Port of Barcelona, leader in Mediterranean logistics
The 3rd Strategic Plan for the Port of Barcelona 2015-2020, presented recently, sets the goal of making this facility the main euro-regional distribution center for the Mediterranean, competing with ports in northern Europe. In order to achieve this goal, the port must reach 70 million tons or 3 million containers, increasing its area of influence.

The Port of Barcelona saw a total of 46.3 million mT of cargo in 2014, up 9% from the previous year. Container transit hit 1.9 million TEU, up 10% from 2013 and an all-time record for the facility. In 2015, January saw container traffic up 8%, definitively consolidating the upward trend.