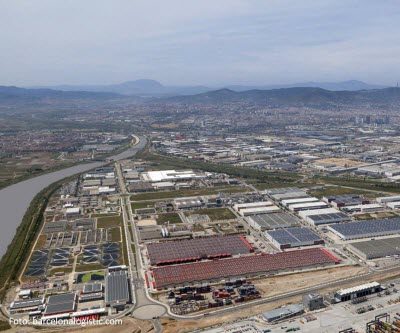 Molenbergnatie, a Belgian multinational corporation that manages the coffee and cacao supply chain, has leased nearly 20,000 m2 of space in the Zona Franca Logistics Park (PLZF) in Barcelona. With this operation, the logistics park –promoted by Saba and the Zona Franca Consortium- has hit 88% occupation. This figure confirms that this logistics facility is one of the most important and competitive in Catalonia.

The company, which was already present in the Catalan capital with 3,700 m2 in the Logistics Activity Zone(ZAL), is now banking on the Zona Franca Logistics Park in Barcelona.

The company’s new facilities will include two warehouses with 13,375 m2 and 6,124 m2 of space, respectively, Likewise, Molenbergnatie also has a 26,000-m2 warehouse in the Zona Franca Industrial Park, a complex also managed by the Zona Franca Consortium.

Founded in 1847, Molenbergnatie is based in Antwerp, Belgium, with Spanish subsidiaries in Barcelona, Bilbao, Valencia and Santander. With important presence in Southeast Asia, the company has become one of the global leaders in the whole supply chain for coffee, cacao, tea and nuts.