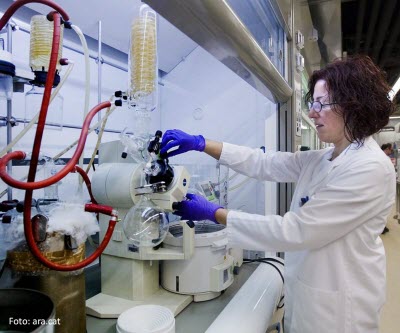 The Government of Catalonia has recently published a study that, among other things, highlights that since 2010 Catalonia has attracted 56% of all foreign R&D business investment projects in Spain, and that it is the leading region in continental Europe in attracting foreign R&D investment.

In this regard, according to the Financial Times FDI Markets, Catalonia has seen 66 foreign R&D projects in the past 5 years, for a total investment of more than 1.07 billion euros and 6,000 new jobs. The companies that have invested the most in Catalonia are from Germany, the United States, Great Britain, France and Japan. By sector, pharmaceuticals and ICT lead the ranking of investments.

The study also highlights, in line with data from the Spanish Statistical Office (INE), that the number of innovative Catalan companies grew 7.6% in the period from 2012 to 2014, compared to the 2011-2013 period. In total, according to data published by the INE, there are 8,830 innovative companies in Catalonia, 22.1% of those in Spain, giving it more than any other autonomous community.

Sources in the Catalan government conclude that Catalonia is an innovative, technological ecosystem, with universities, research centers and industrial critical mass, and that it is thus a highly attractive environment for foreign investment in R&D, which in turn generates quality employment with high value added.