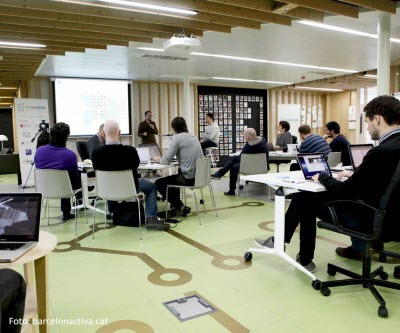 Global Startup Ecosystem Ranking 2015, a study that analyzes the best entrepreneurial ecosystems in the world, ranks Barcelona the seventh most entrepreneuring city on the continent, only surpassed by Tel Aviv, London, Berlin, Paris, Moscow and Amsterdam. The global ranking is led by Silicon Valley, New York and Los Angeles.

On the ranking, Barcelona is followed by other European cities analyzed, including Brussels, Copenhagen, Dublin, Helsinki, Istanbul, Jerusalem, Milan, Oslo, Rome, Stockholm and Madrid, among others. The Global Startup Ecosystem Ranking is a yearly study that analyzes the best cities or entrepreneurial ecosystems in the world according to several parameters, like the number of start-ups, the opportunities to obtain funding and the sale of companies, among others.

In this regard, according to data from the Global Entrepreneurship Monitor, it must be noted that the entrepreneurial activity rate for the province of Barcelona is 7.3%, similar to that for Catalonia as a whole (7.5%), and well above that of Spain (5.5%). Furthermore, the number of companies created in the city of Barcelona from January to September 2015 totaled 5,715.

The city of Barcelona, which has a combination of talent, competitive environment, significant business fabric and numerous international investors, has become a global benchmark in entrepreneurship. With more than 200 start-ups in fields like B2B, gaming, e-commerce and tourism, the city is one of the places to be for those who want to start a company. Most of this success is due to acceleration programs and other initiatives promoted by public bodies, like those the Barcelona City Council promotes through Barcelona Activa.