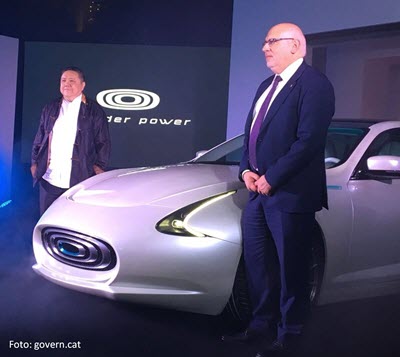 Hong Kong-based technology group Thunder Power, which specializes in the electric vehicle sector, has recently announced it will open a new R&D center in Catalonia. The center will be up and running in 2018. The Chinese company has also announced that it believes Catalonia is the best location for a second phase, which would include a production plant to assemble and distribute the brand’s future vehicles throughout Europe.

Thunder Power’s landing in Catalonia entails, on one hand, a new R&D center for the brand’s global development to open in 2018. The group will invest €80 million initially and create 200 new jobs for qualified workers. The new jobs will mainly be in product engineering for new models in areas like the chassis, dynamics, transmission systems and advanced technology (light materials, driverless vehicles and connected technology).

On the other hand, the project also includes establishing a production plant in Catalonia –in addition to their plant in China- to manufacture and distribute the vehicle throughout Europe. Thunder Power expects to invest €200 million in the initial stage and create 1,000 new jobs manufacturing the first series of the vehicle.

The announcement was made at an event to present an advanced prototype of the vehicle in Hong Kong, where representatives of the Catalan government and Thunder Power signed a collaboration agreement to facilitate the multinational corporation’s landing in Catalonia. Sources inside the Catalan government highlight that this project makes Catalonia the leading country in industrial terms, not only in the automotive industry but also in industry 4.0 and electric and driverless vehicles.