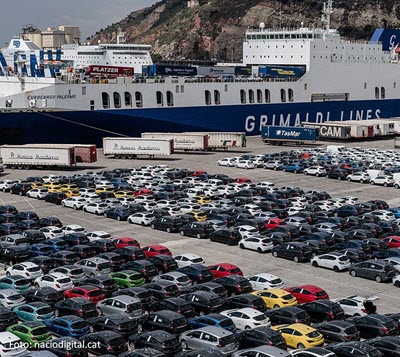 Activity at the Port de Barcelona has continued to experience significant growth during October, a fact confirmed by results from the main monthly traffic indicators. During last month alone, total traffic at the port increased by 35.5%, while container movement increased by 26.5%.

The Port of Barcelona is maintaining the high rate of growth that has characterized the development of this financial year, and which even accelerated during the second half of the year. With regard to total data for 2017; container traffic, one of the most strategic activities for the port and the local economy, increased by 31.1% to October, with a total of 2.46 million TEU.

In terms of markets, the dynamism of exchanges with China (+ 7.8%), the United Arab Emirates (+ 6.1%), Turkey (+ 6.2%), South Korea (+ 14%), and Algeria (+ 15.5%) is outstanding. The receivers of the exports channelled by the Port of Barcelona that have registered a greater growth rate are Algeria, Japan and South Korea. During the first 10 months of the year, the Port of Barcelona has channelled 50.8 million tonnes of total traffic, with an increase of 23.8% with respect to the same period last year.

With regard to passenger movement, up until October, the Port of Barcelona welcomed a total of 3.6 million travellers, from ferries (1.2 million) and cruise liners (2.3 million), in overall terms this figure represents an increase of 1.8%.