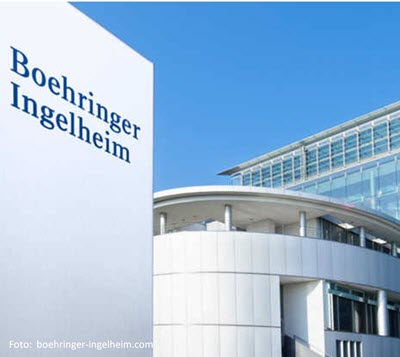 The German pharmaceutical multinational Boehringer Ingelheim will build a new production plant in Sant Cugat del Vallès. The project will entail an investment of more than 100 million euros and the creation of 200 qualified jobs. The company, with the support of the Catalan Government through Catalonia Trade & Investment -the department for attracting overseas investment of ACCIÓ- had been evaluating other locations throughout Europe since 2015 to build these new installations.

The new plant will produce a cartridge known as Respimat, a device into which diverse types of inhalers to treat illnesses such as COPD or asthma can be inserted. The initial annual production will be 25 million units per year, with the aim of reaching 30 million when the new plant is in full operation. This medicine will be produced in Sant Cugat and distributed to Europe, the United States, Japan, Mexico, Brazil and Canada.

In the ceremony to place the first stone held recently, sources from the Catalan Government assured that the new commitment of the German group was a sign that the economy is recovering and of confidence in the future, and that in the decision were taken into account factors that Catalonia offered, such as good communications, a dense network of SMEs that could become suppliers, the network of innovation and the universities and technology centres.

Boehringer Ingelheim established itself in Catalonia in 1952, and currently has a team of 1700 workers at the installations in Sant Cugat del Vallès and Malgrat de Mar. The pharmaceutical company, considered one of the most important in its sector at an international level, was founded in 1885 and has its headquarters in Ingelheim (Germany). In total, it has 50,000 staff all over the world.