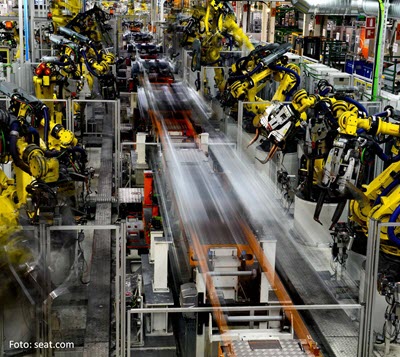 Catalan Gross Domestic Product (GDP) has seen a year-on-year growth of 3.4% in the third quarter of 2017, five points more than figures for the second quarter, according to the joint quarterly accounting figures drawn up by the Statistical Institute of Catalonia (Idescat) and the Department of the Vice-presidency and Economy and the Treasury of the Catalan Government. The Catalan government maintained strong growth in the third quarter, with a quarterly increase in terms of activity of 0.8%.

In terms of activity sectors, year-on-year growth in the industrial sector stood at 3.7%, which is more than in the last two quarters, with growth in industry confirming this production data, with average figures over the last twelve months showing higher growth in Catalonia than in the rest of the entire Euro zone. Construction continues to rise, and by the third quarter of this year the sector’s growth percentage totalled 6.8%, thanks to the residential subsector and housing in particular. With regard to the service sector, figures show that employment activities are enjoying a dynamic upward trend and in terms of GDP, would have increased by 3.3%.

With respect to tourism, foreign tourism showed a year-on-year increase of 7.8% in the first nine months of the year. With respect to development in terms of goods exports, in the first eight months of the year, accumulated export figures revealed a year-on-year growth of 8.8% in current values, which is 2.1% more than the same period in 2016. As with the last three years, exports of a more technological nature have been growing above the average rate for industrial products.