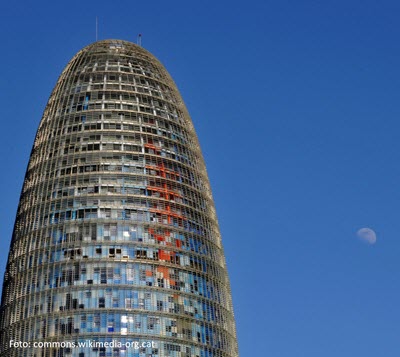 Barcelona has become a reference capital for the big technological multinationals and the companies that give them support. A cosmopolitan ambiance that favours financial activity, a technological ecosystem, the weather, and, for the most part, a recruitment potential for international talent have caused Barcelona to become a very attractive destination for the settlement of these companies. This has reinforced Barcelona’s roll as centre of technological services.

Taking this into account, it is important to highlight the announcement made public recently of Facebook’s arrival through Competence Call Center (CCC), a company outsourced by the American technological giant to fight against fake news and offensive contents in its platform.

The company will be located at torre Glòries, within the 22@ technological district. It has hired 9,000 sqm in 9 office floors, where around 500 people will work, most of them attending to the professional profile of ‘community managers’ from different languages and nationalities, who are currently being recruited.

These professionals will monitor and revise social media contents in accordance to Facebook standards. They will apply an internal ethic code according to the laws and moral of each country, but also considering the Letter of Commitment signed by Facebook users, as the CCC centre in Essen (Germany) currently does, which deletes contents that urge hate speech or violence with a human capital that analyses users’ reports in the first place.

It is important to underline that a few weeks ago south-Europe Amazon’s customers’ service for small and medium-sized companies was open at the same 22@ district, on premises where almost 500 people will be working in the years to come. According to Startup Ecosystem Overview, prepared by Mobile World Capital Barcelona (MWC), the Catalan capital ranks fifth within Europe for its investment in new technological companies, only surpassed by London, Berlin, Paris and Amsterdam.