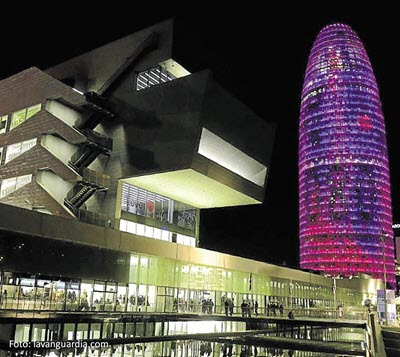 Currently, Barcelona is the 4th better liked city in the world to come to work. This was drawn from the survey Decoding Global Talent 2018, carried out by Boston Consulting Group (BCG) and The Network, an international network of jobs’ websites. This survey was prepared from the responses of more than 366,000 employees in 197 countries.

Among survey respondents, 15% consider Barcelona the city where they would wish to live, behind London (22%), New York (16%) and Berlin (with another 15 %), and ahead of Amsterdam, Dubai, Los Angeles, Paris, Sidney or Tokyo. Globally, inclination to emigrate for professional reasons is pretty high among experts in new digital technologies and artificial intelligence or developers, representing a 67% of the total.  ‘Decoding Global Talent 2018’ is the widest report ever made in this context and it was carried out between the months of January and April this year.

The survey also highlights that it is becoming increasingly frequent for companies to move closer to where the talent is and where the digital and tech professionals want to live. It underlines as well that Barcelona is an emerging city where global tech companies and digital subsidiaries of traditional companies are going to settle in as it is, in fact, already happening.

In this sense, it could be emphasised that, during the last semester, 20 multinationals opened a subsidiary or a tech centre in Barcelona, as did Facebook, Amazon, Microsoft, Oracle, King or Adesso AG, among the new tech companies; and Allianz, Mediamarkt, Siemens, Nestlé, Lidl or Zurich, among the multinationals of the old economy. Therefore, the need to search for specialised employees by opening subsidiaries in globally attracting cities becomes obvious.

According to the report Start-up Ecosystem Overview, carried out by Mobile World Capital Barcelona (MWC), the Catalan capital is already the 5th European capital on investment from new technology-based companies. It is only surpassed by London, Berlin, Paris and Amsterdam.