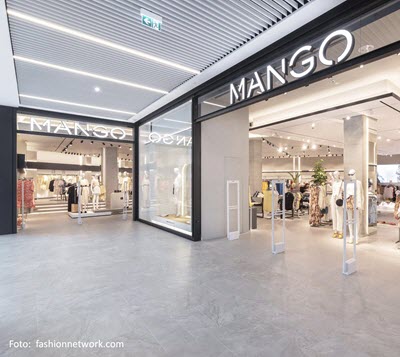 Fashion group Mango wants Barcelona to become its on-line business spearhead. Aiming at this, beginning of 2019 the multinational company will open new offices within the 22@, where most technological hubs are coming together. There, it will set up the company’s global digital innovation centre. Up to now, this activity was held at the Palau-solità i Plegamans (Vallès Occidental) headquarters.

At a recent public statement, Mango confirmed that these offices will be rented and will have a surface area of some 800 to 1000 m2. At an early stage, part of the team currently working at the headquarters will be moving to the new premises. In two years, the company foresees 100 people working at the new 22@ offices. Their mission will be guaranteeing the foreseen growth of the company’s on-line business and attaining the goal of becoming the fashion industry digital leader.

The multinational textile group has already launched its talent search process in order to set in motion this innovation centre. It is looking for developers, experts in SEM, Product Owners, UX, UI, QA, Agile coaches and Scrum masters.

Mango currently delivers on-line to 83 countries and its internet sales account for a 15.5% of its total turnover. It foretells a growth of its internet revenue up to the 20% in 2019, a goal originally set for 2020.

80% of the Glòries tower square footage at 22@ is already rented to technological companies.
Almost two years after Merlin Properties purchase of the former Agbar tower, more than 80% of this emblematic building —second most photographed building in Barcelona after the Sagrada Familia— is already rented “to technological companies exclusively”, according to this real estate consultancy firm. Competence Call Center, outsourced by Facebook, a company specialising in detecting fake news on the web, moved in June to eight rented storeys totalling 9,000 m2. Later on, Oracle rented three storeys more, and finally, software company Dynatrace arrived. Right now, only the top five storeys are left for renting (5,400 m2), even though talks are on an advanced stage to rent them to a sole tenant.