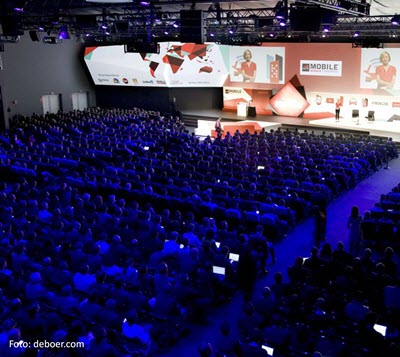 The board of trustees of the Fundació Barcelona Mobile World Capital (MWCB) gave last March its thumbs up to the organization in Barcelona, probably from 2019 onwards, of what is currently known as ‘Digital Davos’, a big happening where solutions to the challenges posed by the  technological revolution could be brought up. In three months approx., at the board of trustees next meeting, the document formally presenting the proposal and its funding will be hand out, a proposal that will turn Barcelona into the headquarters of an unprecedented global forum.

In this sense, the success of Barcelona’s Mobile World Congress last edition helped to finally convince Fundació Barcelona Mobile Capital to go the very last mile to turn the Catalan capital into THE global reference in new technologies so that the city takes over the leadership on the digital revolution. This would be achieved through a big annual global meeting where specialists from different spheres would think and talk about as well as make proposals on how to face the big challenges imposed by this revolution, taking into account criteria on equity, social justice and the avoidance of new gaps.

This reflecting forum proposal on digital revolution considers two aspects: on one side, a forum in itself, where talking and drafting proposals, and, on the other, the creation of a permanent observatory, within the Fundació Mobile World Capital, which would encourage academic encounters, conferences and projects to boost the ecosystem and consolidate Barcelona as a remarkable technologic hub.

Sources from the Fundació MWCB aim at using, as well as the Mobile World Congress momentum, the impetus of other important congresses and fairs held in the city, such as the Smart City Expo or the numerous medical congresses. ‘Digital Davos’ initiative has been maturing during the last months in conversations among the different public administrations involved as well as big companies and organizations related to the research sphere.