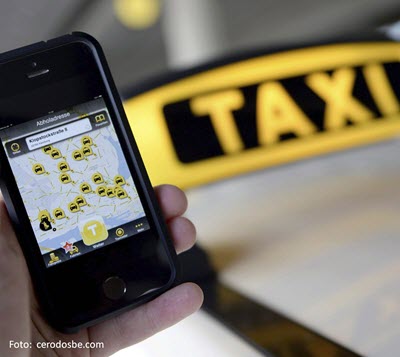 Barcelona is gradually establishing itself as one of Europe’s main IT hubs, and in choosing the Catalan capital, companies benefit from a very favourable ecosystem in terms of mobile and digital technology, the availability of qualified talent and the international attraction of the city. MyTaxi, a German company that created the first application to call up, pay and value taxi services, has announced that it will be installing a technology hub in Barcelona, ​​the company’s first outside of Germany.

MyTaxi, a company that belongs to the German Daimler group, plans for the new centre in the heart of the city, to employee some one hundred staff, mainly developers, who will be taken on during 2018. MyTaxi already has a team of 45 in Barcelona. It should be noted that this year MyTaxi merged with Hailo, its main competitor.

In Barcelona, ​​MyTaxi has over 2,000 vehicles. With 120,000 taxis, the company is operative in 70 cities in eleven countries in Europe and has more than 10 million users. It recently inaugurated the services of MyTaxi Match in Warsaw, Poland, its most innovative service, which allows travellers to share taxis.

According to the Startup Ecosystem Overview report, released by the Mobile World Capital Barcelona Foundation (MWCB), Barcelona ranks fifth in European cities with respect to the number of technology-based companies, and is only outshined by London, Berlin, Paris and Amsterdam. The report predicts that in the next four-five years Europe will have five cities that will be the centre for startup launches, and that Barcelona aspires to be one of them.