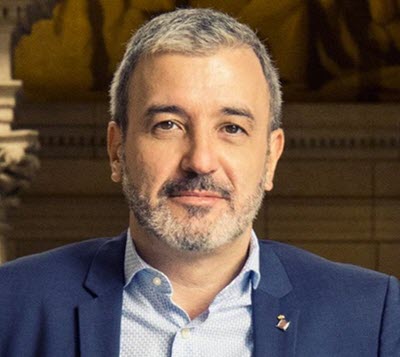 Jaume Collboni, Vice-president of Social and Economic Development of the Metropolitan Area of Barcelona (AMB)
Today, metropolitan government structures have become essential elements in terms of boosting competitiveness, sustainable development, mobility, environmental conservation and in more general terms, quality of life as the inhabitants of a region.

–Last year, the Metropolitan Area of Barcelona (AMB) joined the Barcelona-Catalonia initiative. Why did this happen?

The large urban areas of the world are subject to changes and transformations of a global dimension. The socioeconomic and political context that arises from this, as well as those risks related to increased inequalities and exclusion, have led to new challenges for the citizens of these metropolises. Barcelona and its metropolitan area account for 43% of the population, 52% of GDP and 52% of all workers in Catalonia. We have to get the entire potential of the metropolitan area up and running, and work in a coordinated way, with the city of Barcelona – which is also a municipality in the area – as well as with the country as a whole. As such, the inclusion of the AMB aims to expand the representative foundations of the Barcelona-Catalonia project, which is emerging in a coordinated manner, and spread it among all those municipalities that form part of the metropolitan area of ​​Barcelona, ​​and we are doing this through the new Metropolitan Agency for Economic Development, which is part of the Barcelona-Catalonia project.

-What will be the role of the AMB in the Barcelona-Catalonia project?

The presence and participation of the AMB in major international investment fairs, such as MIPIM in Cannes, EXPO REAL in Munich or Meeting Point in Barcelona, will allow us to promote both the information and the help needed to facilitate investment in the metropolitan area of Barcelona, within the proposals contained in the different actions of the Barcelona-Catalonia project, by establishing proactive mechanisms to position this region as an attractive area for investment, with excellent coordination among those different public and private agents involved in the capture and monitoring of investments.

-The management areas of the AMB focus on the region and urban planning, mobility, housing, the environment, economic development and social cohesion. What are their projects as part of this initiative?

Today, metropolitan government structures have become essential elements in terms of boosting competitiveness, sustainable development, mobility, environmental conservation and in more general terms, quality of life as the inhabitants of a region. It was necessary for the AMB to also take part in an instrument like the Barcelona-Catalonia project in order to face the challenges of attracting investments together, and to take action in the areas of the economy and employment with a combined metropolitan vision.

-Barcelona and Catalonia have been recognised for the second year in a row by fDi Magazine as having the best strategy for attracting foreign investment. What are the decisive factors in this successful strategy?

Undoubtedly constancy in actions and presence in different International areas. As well as the capacity to innovate in terms of proposals and in methods to advertise ourselves worldwide and in those places where we need our message to be heard.

–Finally, what are the challenges facing the city of Barcelona and its metropolitan area, for it to remain a centre of attraction for foreign investment and the recruitment of international talent?

Doing things properly, not stressing potential receptors of investment appeals, being clear about proposals, not modifying the scenarios of action with accelerated changes of direction, and explaining our position very clearly. Many things; actions and ways of acting that have been models and references over the years and that need to be both preserved and improved, and that we need to show and explain abroad.