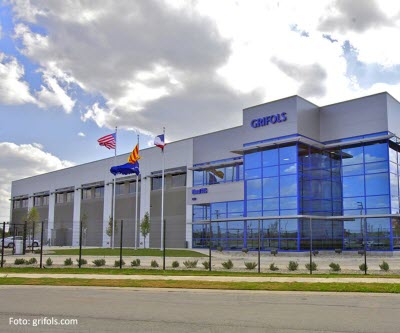 Catalan multinational corporation Grífols, the leading producer of blood and plasma derivatives with 24 subsidiaries and present in 90 countries, is considering investing 1.2 billion euros over the next five years. The bulk of this investment, 81%, will go to expanding factories abroad, above all in North America. The remaining 19% will mainly go to Catalonia, receiving 192 million euros through 2020.

Grífols is currently in the final stage of construction on a purification plant for plasma derivatives in Parets del Vallès. The company has invested 55 million euros in this plant that will be ready in early 2018, as well as operational improvements in the rest of their industrial facilities. It will also build a new factory for the Diagnostics division to produce medical instruments, with 10 million euros in investment.

The Catalan pharmaceutical sector, extremely important as it makes up 46% of the industry in Spain, has continued investing in R&D, new facilities and bolstering projects in Catalonia in 2016.