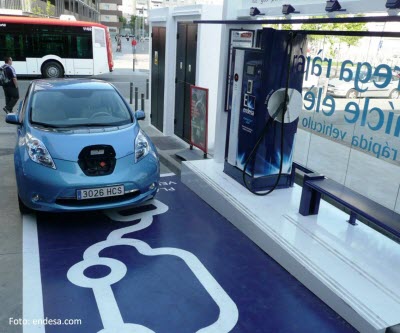 According to data published by Anfac, the Spanish association of automobile manufacturers, 3,678 green cars, including electric and hybrid vehicles, were sold in the province of Barcelona in 2015. This amounts to 20% of all those sold in Spain and puts the Barcelona metropolitan area at the top of the ranking in terms of the number of these vehicles purchased.

Nevertheless, registration of these vehicles still only makes up 3% of the total, even though the green vehicle market has shown considerable growth with the increase in hybrid sales, up 38% in 2015. Furthermore, and although Nissan has one of the main European electric-vehicle factories in Barcelona’s Zona Franca, sales in the purely electric sector were still modest in 2015, 470 vehicles, although experts expect to see strong growth in the near future.

Sources from the Japanese automobile company highlight that the fact that the best-selling electric vehicle in Barcelona is a van can be attributed to the city’s leading role in e-commerce, which requires vehicles that use little power, and that the Catalan capital has always been on the cutting-edge of new trends, anticipating mobility solutions that later spread to other cities.

Additionally, the Barcelona City Council celebrates the fact that market penetration is three times higher in Catalonia than the rest of Spain, not counting hybrid models, and highlights the Live platform, which brings together governments, manufacturers, power companies and the DGT. The Barcelona City Council alone has a fleet of 357 electric vehicles: cleaning and maintenance vehicles, cars for city councilors and motorbikes for local police. Electric mobility is the only form that is guaranteed zero emissions.