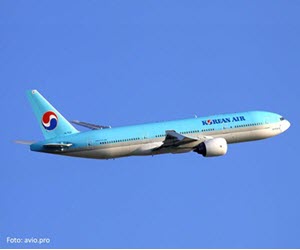 The Barcelona-El Prat Airport set a new record in 2016, with more than 44 million passengers, up 11.2% from the previous year. For the year on a whole, August was the best month for the Catalan facility, beating all previous records, with 4.7 million passengers. In terms of number of operations, the Barcelona Airport handled a total of 307,864, 6.6% more than in 2015.

In this regard, the increase was similar for national flights (+11.4%) and international flights (+11.1%), according to data published recently by airport management company Aena. With regard to intercontinental flights, the fastest-growing market was Latin America, up 28.4% from 2015, followed by North America (+17.7%), the Middle East (+14.7%) and Africa (+11%).

At the same time, Barcelona is also the fastest-growing European airport among those with more than 40 million passengers. This can be seen in the Observatori de Trànsit Aeri de Barcelona, compiled by the Barcelona Chamber of Commerce, which shows the facility grew 11% in the first nine months of 2016. This put it ahead of airports like London-Gatwick, Munich and Rome.

Cathay Pacific will fly to Hong Kong and the IAG group will offer several routes to America and Asia in the summer
Cathay Pacific will fly direct from Barcelona to Hong Kong from 2 July through 27 October four times a week. Additionally, the IAG group has announced it will begin flying long-haul low-cost flights from the Barcelona Airport beginning in June. In a press release, the group made up of British Airways (BA), Iberia, Vueling and Aer Lingus said the destinations it is considering for these new services include Los Angeles and San Francisco, in the United States; Buenos Aires, Santiago de Chile and Havana in Latin America; and Tokyo in Asia.