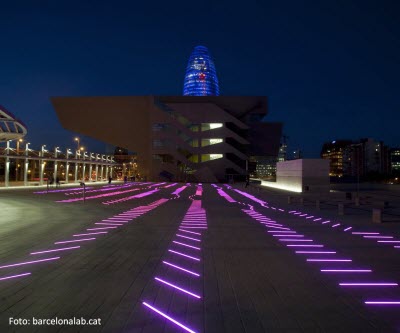 Barcelona is ranked the 27th most innovative city in the world, according to the Innovative Cities Index compiled by the 2thinknow agency. This ranking, compiled yearly, analyzes the potential of 500 cities around the world to create, implement and communicate ideas.

London leads the ranking, followed by San Francisco and Boston. The British capital, according to the study, was the first European city to put into practice innovation strategies as a response to the global financial crisis. In global terms, the percentage of North American cities among the top 100 has dropped this year to 31% of the total, while the percentage of Asian cities has risen to 19%.

The index highlights Barcelona among the fastest rising cities, along with Beijing, Saint Petersburg, Taipei and Dublin, among others. It also highlights the city’s improved economic conditions, start-ups and technology sector. Barcelona falls under the ‘Nexus’ category, set aside for cities with numerous social and economic innovations in the various segments studied.

It must be noted that in 2014 Barcelona was chosen as the first European Capital of Innovation or iCapital by the European Commission, edging out the other two finalists, Grenoble (France) and Groningen (Netherlands). The panel of judges, made up of a group of independent experts, valued Barcelona’s use of new technology to bring the city closer to the people, and took into account the main initiatives and policies applied to create the best possible ecosystem for innovation.