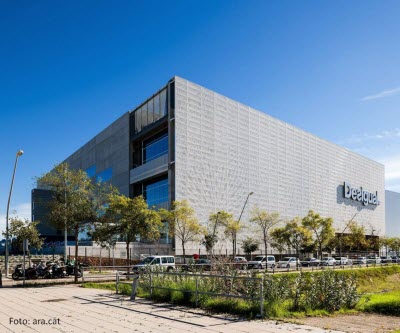 Barcelona-Catalonia is the commitment of the Government of Catalonia, through Incasòl, and the Barcelona City Council to promote strategic projectsto position Barcelona and Catalonia as hubs of innovation and logistics in southern Europe. Three of these projects, Ca n’Alemany (Viladecans), Parc de l’Alba (Cerdanyola del Vallès) and Can Sant Joan (Sant Cugat) have attracted nearly 85 million euros in investment through four noteworthy operations.

On one hand, Desigual has opened its new logistics platform at Ca n’Alemany, where it has invested 40 million euros and created 100 new jobs. This facility, which has more than 23,500 m2 and the capacity to prepare 30 million units per year, aims to optimize automatization of distribution and boost the company’s logistics potential. The center is twice as big as the previous facilities in Gavà.

At nearly the same time, Leroy Merlín is inaugurating its new center in the Can Sant Joan business park, with an investment of 23 million euros. After opening this establishment, with a retail surface area of 8,500 square meters and a total of 600 parking spots, the company will have six points of sale in Catalonia. The new shop will create a total of 168 new jobs.

Also in the city of Sant Cugat, Endress+Hauser, which provides services to measure and automatize industrial processes, has inaugurated its new headquarters in a 4,000-m2 building in order to offer clients more training courses. The company has invested 8 million euros in building this space, which will now be its Spanish headquarters.

Finally, cosmetics firm Natura Bissé, has recently announced that it will invest 7 million euros in its new corporate headquarters at Parc de l’Alba, after it has finalized purchase of 5,747 m2 of land from the Catalan Land Institute. This new facility will be home to the global center for research, manufacturing and marketing of this company that has consolidated its place as a leader in innovation and development of high-end cosmetics.