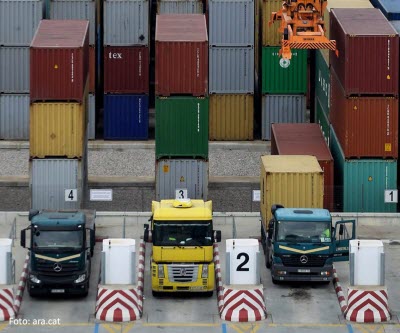 Catalonia’s sales abroad were up 2% from January to June, hitting a new all-time record according to data published in August by Ministry of Economy and Competitiveness.

According to data from the Ministry of the Economy and Competitiveness, the sectors driving growth of sales abroad from Catalonia in this period were chemical products, with a total of €8.62 billion or 26.5% of all Catalan exports (+1.4% year on year), and consumer goods, with €6.17 billion (+15.8%).

This data shows growing business dynamism in terms of the global competitiveness of Catalan products and services. The Catalan economy, in fact, has a higher coverage rate (the sum of exports and imports as compared to the GDP) than France, Italy, Norway and Sweden, among other countries.

In analyzing exports, it must be noted that their ongoing increase coincides with the progressive decrease in sales from Catalan companies to the Spanish market. 2008 was a turning point; since then, the trend has reversed and Spain has been losing importance as a destination for Catalan products compared to other countries. In 2015, only 37.7% of all Catalan exports went to the rest of Spain, half the level seen two decades ago. In total, sales abroad were 65% higher than those to Spain.