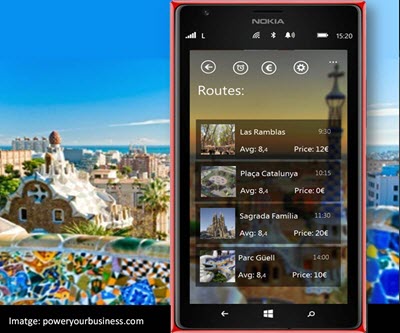 According to a study by the Association of Internationalized Industrial Companies (Amec), Spain is currently home to 469 companies working in urban technology that aim to provide smart city products or services, meaning technological innovation applied to urban life. And of these, 250 (53%) are in Barcelona, where the number of companies in the smart cities sector has shot up.

The Catalan capital is becoming a global benchmark in the sector, with an exceptional showcase: the Smart City Expo World Congress. In this regard, the same study shows that even though more than half of the companies in the Spanish smart cities sector are in Barcelona, with Madrid far behind at 16%, the Spanish capital has the highest turnover in this sector, as multinational corporations prefer this location due to the capital effect.

In Barcelona, the ecosystem is made up of small and medium-sized companies with a high technological component, shows the study, which also highlights that the Barcelona brand is becoming a benchmark for smart cities in Europe and the United States, among the top 10 in the world.

In total, the sector posts turnover of €6.791 billion, one third of which is from exports. The main trade partner for this sector is France, followed by Germany, Portugal and the United Kingdom. The United States and the Middle East also play an important role.

Furthermore, just a few days ago the Catalan government presented its first snapshot of the economic activity generated by the smart cities sector in Catalonia as a whole. The main conclusions of this report compiled by ACCIÓ–the business competitiveness agency- are that the country has 270 companies in this sector, which employ 116,163 workers and, of their total turnover, €6.969 billion comes from activity associated with smart cities in areas including waste management, mobility and lighting, among others. This figure makes up 3% of the Catalan GDP and shows how important this sector is in the country’s business fabric.