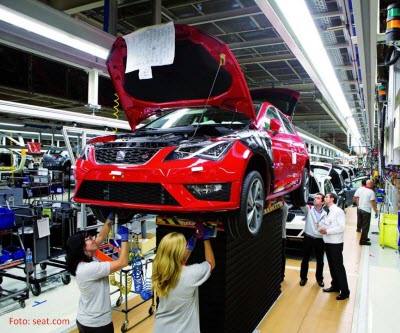 The Catalan economy has now posted eight consecutive quarters of growth, with year-on-year growth at 2.4% at the end of March, according to advance data from the Statistical Institute of Catalonia(Idescat) and the Catalan Ministry of Economy and Knowledge.

According to the data published, consumption, investment and positive evolution of exports joined with strong growth of industry (+0.6%),above the European average, services (+2.8%), thanks to service and tourism, and the construction sector (+6.2%), fuelled by a notable increase in residential building. Also noteworthy was the contribution of growth in the tourism sector (+5.2%), with spending up 12.6%.

Furthermore, in the first two months of 2015 exports increased 1.9% in real terms, and imports, 2.4%. Thus, despite the fact that growth in exports has slowed slightly, the depreciation of the euro and the recovery of the EU market offer better perspectives for the coming quarters.

This acceleration in economyic growth, which has led to a 3.7% jump in Social Security affiliates, is well above all expectations. The Catalan Government estimated economic growth for the whole year at 2.2%, as did the Barcelona Chamber of Commerce. Current growth leads us to believe it will speed up even more in the second and third quarters of 2015, finishing out the year at 2.8%.