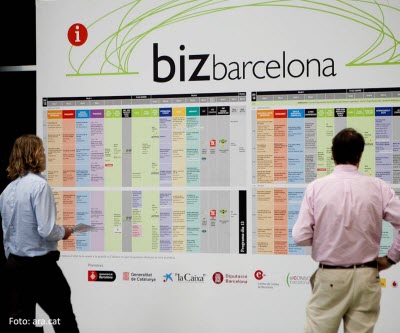 The Catalan total entrepreneurial activity (TEA) rate is 7.54%, well above the EU average of 6.9%. This is one of the main conclusions in the Global Entrepreneurship Monitor-Catalonia 2014 report presented at the latest edition of BizBarcelona, calculating the percentage of the adult population that has carried out some activity to prepare to or to launch a company in the 42 months prior to the survey, which is the foundation of the report the observatory compiles each year.

The report also points out that six in ten early-stage entrepreneurs (61%) are men. Although it must also be noted that the entrepreneurial activity rate for women in Catalonia is also above the EU average. Additionally, it must be noted that half of all new companies set up by Catalan entrepreneurs focus on trade and one-third on business services.

The Global Entrepreneurship Monitor (GEM) is a global study carried out in more than 75 countries and has become a benchmark in studying entrepreneurial activity. In Catalonia, the report is compiled by the Government of Catalonia, the Barcelona Provincial Government and the Barcelona Institute of Regional and Metropolitan Studies, with help from the Autonomous University of Barcelona.

Catalonia is leading Spanish recovery and will create 200,000 new jobs through 2016
The Catalan economy is the driving force behind economic recovery in Spain. On one hand, the region leads the ranking with 25.6% of all exports from the country, well above the second region, Madrid (11.6%). Additionally, according to a report from the Spanish Savings Banks Foundation (Funcas), the Catalan GDP is expected to rise 3.7% in 2015, compared to 3.3% for the country as a whole. This increase, along with that expected for 2016 (2.5%), will lead to the creation of 200,000 new jobs, according to data from BBVA Research.