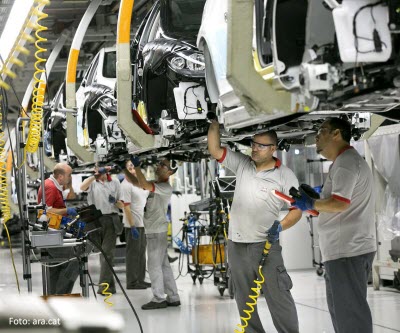 The Ministry of the Economy and Competitiveness has published the figures for foreign investment in Spain in 2015, which totaled 21.724 billion euros and was up 11% year on year. In the breakdown of the data, the figures regarding foreign investment in Catalonia stand out: 4.783 billion euros. This is the second best year in history, up a noteworthy 58% from the previous year.

In this regard, Catalonia regained its position in Spain, receiving 22% of all foreign investment, after having dropped in 2014 to 17% of the total. In announcing the data, sources inside the Catalan government highlighted that the investment levels are very positive and show confidence in our economy in terms of investing, growing and working.

Industry benefited notably from this increased investment, with 1.286 billion euros, up 51%, in this sector that makes up 27% of all investment. According to the Government of Catalonia the agrifood, automotive and real estate sectors saw the greatest foreign investment. Investments came from the Netherlands, with 20% of the total, France (15%), Luxemburg (14%) and Germany (10%). The fifth and sixth on the ranking were the United Kingdom and Mexico, with 6% and 5%, respectively.

The Catalan economy grew 3.4% in 2015, two-tenths of a point more than the Spanish economy
Additionally, it must be noted that the Catalan GDP posted year-on-year growth of 3.4% in 2015 hitting 214.927 billion euros according to data recently published by the Statistical Institute of Catalonia (Idescat). These figures show the consolidation of the Catalan economy’s recovery, which has returned to growth rates not seen since 2007. By sector, the economy growth is led by services, up 3.6% from the same period the previous year. This is followed by the construction sector, up 3.4%, and industry, up 2.7%.