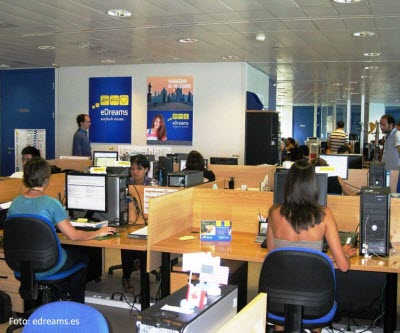 Investment in start-ups in Catalonia was up 73% in the first eight months compared to the same period last year, for a total of 96 million euros, according to a study compiled by economic journal Expansión.

Catalonia, and Barcelona in particular, are global leaders in the creation of start-ups. Years of work to promote and support start-ups, projects like the Mobile Word Capital, the efforts of Barcelona Activa and initiatives to attract talent have helped make Catalonia the community with the most start-ups in Spain and the one that attracted the most investment for this type of company last year, with 60% of the total. Of the nearly 300 million euros obtained, Catalonia saw the most in investment, with 176.3 million euros or 59.2% of the total.

Many of the benchmark start-ups of the 90s began in Catalonia, with firms like  Edreams, Grupo Itnet and Atrápalo,helping make Barcelona a benchmark in entrepreneurialism for this type of company. And it is in this regard that various sources from the start-up sector believe that Barcelona and Catalonia have the advantage, precisely because of their entrepreneurial tradition.