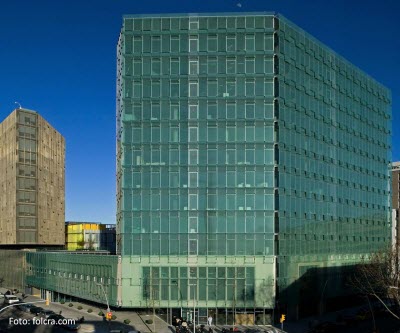 According to the Report on the Office Market in Barcelona, compiled by real estate consultancy Forcadell for the second half of 2014, the market for leased office space in the city of Barcelona in 2014 consolidated the upward trend seen in the first half of the year. Total leasing of office space was 276,000 m², for year-on-year growth above 40%.

The increase in net leasing and absorption that was seen in Barcelona in the second half of 2014 has led to a higher occupation rate for leased offices in the Catalan capital, putting this indicator at 85.5%. The decrease in available office space in prime locations has been partially due to the attractive rental prices still to be found at this time.

According to the report, the companies that are most active in leasing are from the IT, telecommunications, software and advisory sectors. In this regard, it must be noted that 30% of this demand comes from requests for space from foreign companies, which clearly shows the growing interest foreign companies have in relocating to the city.

Likewise, Forcadell confirms that the market for investment in office space in the city of Barcelona shot up in 2014. The stable economy, decreased rental and sale prices, market opportunities and the better financing conditions have sparked great interest in investing in the office market in Barcelona.

This positive market dynamic led to total investment of 830 million euros in 2014, more than double that seen in 2013. According to Forcadell, investment in the office market in the city of Barcelona continues to be very active in 2015, and REITs, foreign investment funds and family offices will surely continue to be the most active.