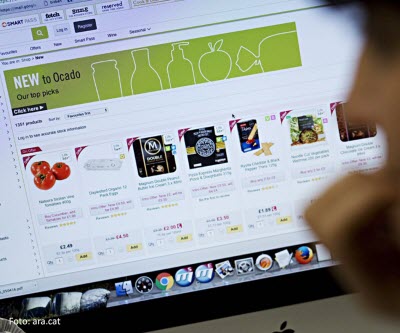 Ocado Technology, the main online retail food shop without physical locations, has chosen Barcelona as the location of its future technology services and big data center. The company will open an office in the center and expects to hire 200 professionals, including engineers, programmers and IT experts, according to Barcelona Activa, which is facilitating the company’s landing.

The British company will concentrate in Barcelona all of its big data, data analysis and processing, distribution route management and monitoring and robotics systems, as well as developing technology for its shopping platform.

Ocado isn’t only an online supermarket. It also provides services through the Ocado Smart Platform to other supermarket chains that only have physical stores and are interested in moving into e-commerce. Ocado was created sixteen years ago in the United Kingdom and has technology development centers in the United Kingdom, Poland and Bulgaria. The technology division has 750 engineers on staff, with an additional 200 in Barcelona.

Ocado Technology has moved temporarily into the incubator Barcelona Activa has in Glòries, through its landing services, which offers a wide range of services for foreign companies interested in establishing activity in Barcelona.

In this regard, it must be noted that multinational insurance corporation Zurich has also chosen Barcelona for its global big data center, which will create more than 200 new jobs over the coming years. According to Zurich, they chose Barcelona for its ability to attract talent, quality of life and affordable cost of living.