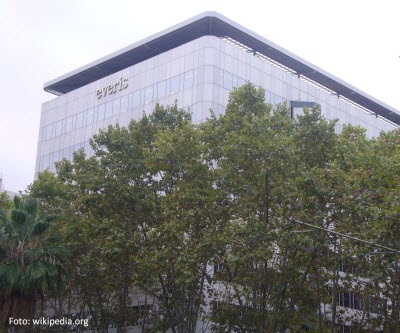 Everis, a company acquired by the Japanese multinational corporation NTT in 2013, has invested 2.5 million euros to launch its new big data center in Barcelona. This center, inaugurated just three months ago and located at the technology consulting firm’s offices in the city, serves its clients in Europe and Latin America.

The consultancy has taken the leap, setting up its own corporate center of excellence specializing in big data after more than three years working on massive data storage projects. At its headquarters in the center of the Catalan capital, the company currently employs 60 professionals from the banking, automobile, insurance and utilities sectors.

This recently inaugurated big data center is the company’s third in Catalonia, after those dedicated to the capital market and technological architecture. In this regard, it must be noted that the Catalan market makes up 40% of Everis’ total turnover in Spain, which was up 10% last year to 398 million euros.

Sources inside the technology consultancy say the firm is studying new projects in the field of artificial intelligence and believe Barcelona is a key office in Europe. The company expects to hire 430 workers for the Catalan branch, which already employs a total of 2,000. Globally, Everis employs more than 13,000 professionals.