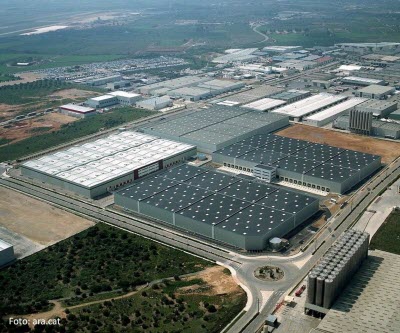 While in 2014, real estate investors (mostly REITs) mainly invested in office space and buildings to be used as hotels, this year the lack of quality office space, on one hand, and the moratorium on hotels in Barcelona, on the other, have pushed investors towards the logistics sector, with investment volume set to beat all records.

All sorts of investors are moving into the logistics sector (REITs, investment funds, and family offices), taking on greater risk as they are not only purchasing existing assets or developing turnkey projects but acquiring land with the hope of putting it on the market, says real estate consultancy Aguirre Newman.

Some of the most noteworthy operations include the acquisition by British company Segro of the land in Martorelles that previously housed the Domar New Pol factory, where they will build a logistics platform with more than 36,000 m2; the purchase by REIT Axiare of the Constantí Logistics Park, Tarragona, with more than 42,000 m2, from Axa; and the beginning of work on a 42,000 m2 warehouse in Sant Esteve Sesrovires, being developed by Goodman for Decathlon.

In this regard, according to consultancy Cushman&Wakefield, if the sector maintains the absorption rate of 100,000 square meters per quarter, the logistics space available for investment will become scarce, pushing up rent prices. While operations for all of 2014 totaled 400,000 m2, by the third quarter of this year deals had already been closed on 450,000 m2, and all predictions now say this should hit more than 600,000 m2 by the end of the year.