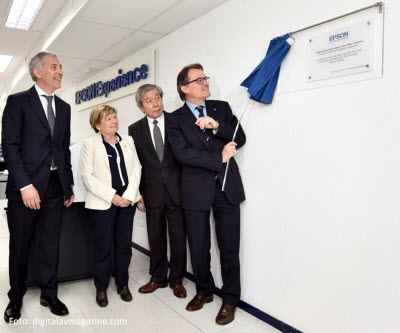 Barcelona has become the third city in Europe in terms of generating employment through foreign investment. The Barcelona City Council and the Government of Catalonia are working to promote the city and its area of influence in order to attract foreign investment to fuel economic growth and employment. Specifically, the Barcelona area attracted 270 projects last year, for nearly 7 billion euros in investment and creating 20,334 new jobs. And there’s no end in sight in 2015.

German multinational e-commerce corporation, the Westwing Group, which specializes in home decoration, has moved its headquarters and created 50 new office and warehouse jobs by expanding their logistics center located in Barcelona’s ZAL, which now has 4,000 m2. Another German company, E.G.O Appliance Controls, which is a leader in Europe in domestic induction systems, will invest 8.8 million euros through 2016 to expand their facilities in Catalonia. The expansion of their plant in Lliçà de Vall will create 60 new jobs.

At the same time, Norwegian communication group Schibsted, which owns Anuntis (including the Infojobs and Milanuncios websites), recently inaugurated its new offices on Barcelona’s Avinguda Diagonal and will hire 40 new employees. It will be one of the company’s technical hubs for the whole group, alongside those in Norway, Sweden and France.

Likewise, British group Zapper, which markets an app that allow users to pay in restaurants with their mobile phones, has opened a subsidiary in Barcelona, where it will invest two million euros and hire more than 20 workers. The group expects to expand its business to include payment for taxis, invoices, online purchases and donations.

Furthermore, Chinese company Chinalight has entered the Catalan and Spanish markets through an alliance with Xianxing Spain and Barcelona Development Business, both based in Barcelona. The Chinalight group imports and exports products from western brands to the Chinese market, and the companies will have direct access to some 2,000 points of sale in China, Macau and Hong Kong.

Finally, Epson, a multinational technology corporation that is a leader in innovation, inaugurated its new Epson Experiencespace at its facilities in Cerdanyola as part of the celebration of the 25th anniversary of Epson Ibérica. The space, with 400 m2, is designed to act as a technology hub, with which the brand aims to make technology more accessible to clients and users interested in getting a first-hand look at the newest developments of this Japanese group.