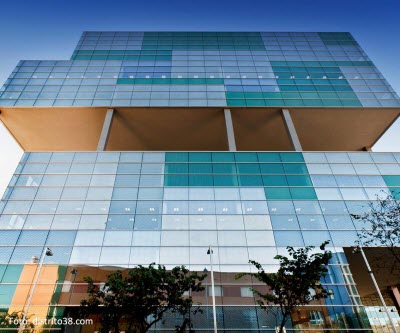 According to data published by real estate consultants BNP Paribas, the second quarter of 2015 finished with leasing volume of 93,000 m2, a figure that is up 90%compared to the same period in 2014. The Catalan Tax Agency and Banc Sabadell carried out the most important office leasing operations in Barcelona.

The most noteworthy operation in this period of time was that of the Catalan Tax Agency, which has leased one whole building in the District 38 office complex, located on Passeig de la Zona Franca in Barcelona. The agency will have nearly 8,800 m2, right next to the new Agbar headquarters.

Furthermore, Banc Sabadell was the protagonist of the second largest operation, leasing a building with more than 6,000 m2, where it will manage all the data exchange for British bank TSB, which it acquired recently. The third most noteworthy operation of the second quarter was the lease signed on nearly 3,300 m2 of office space in the former headquarters of the Audiovisual Council of Catalonia, in the 22@ district, by call center specialists Sellbytel.

The quarterly BNP report concludes that the office market in Barcelona is showing clear signs of recovery in the center of the city and in new business areas. In some cases, these are the beginning of new developments, like the second stage of Porta Firal, in Zona Franca, or Brean Real Estate, in 22@, while others indicate a return to sales of office buildings to users.

The Barcelona Office Market Report, compiled by real estate consultants Forcadell for the second semester of 2014, shows that the office leasing market is on a clearly upward trend, with the total number of offices leased posting year-on-year growth above 40%.