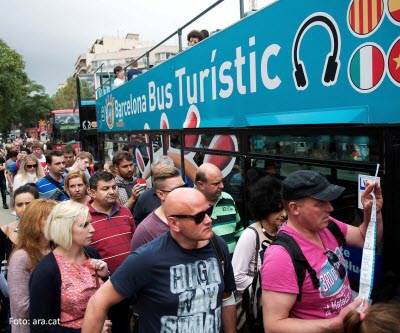 Between January and September, foreign tourists left more than 12.5 billion euros in Catalonia, up 2.4% from the same period in 2014. The data shows a boost in consumer confidence, with increased total spending, average daily spending and revenue in non-peak seasons. All data is from the Catalan Tourist Board.

Moreover, it must be noted that Barcelona has consolidated its position as the number one cruise port in Europe and the Mediterranean, welcoming 1.9 million cruise passengers as of September, up 5.3% from the same period in 2014.

This study, which is a pioneer in Europe, points out that direct spending (442 million) corresponds to shipping lines, cruise passengers and crews, while indirect spending (353 million), to their providers, like for example acquiring hotels. The report also shows that cruises act as a catalyst, as nearly 80% of passengers arrive by plane. This means new and continued intercontinental flights.