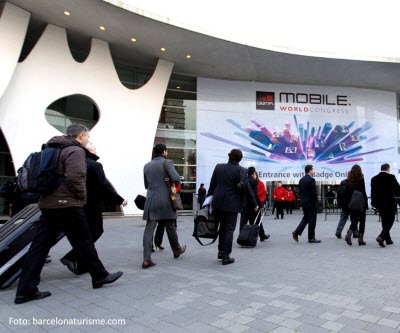 In 2014, there were roughly 580,000 participants in congresses, conventions and workshops held in the city of Barcelona, who took part in 1,969 specialized meetings with more than 40 delegates, leaving 1.469 billion euros in the city. It must be noted that participants in these meetings spent more money and time, with the number of overnight stays in Barcelona up 7% to 2,071,586.

These figures are from the Barcelona Convention Bureau (BCB), an initiative of Turisme de Barcelona specializing in meeting tourism. According to the BCB, as of now the city has 223 congresses confirmed through 2021. In addition to these, there are also more than may come from the 104 bids the city has in for other events, which may be held in Barcelona.

Participants in meetings, additionally, spent an average of 140 euros in 2014, not including accommodations. It is noteworthy that 80% of participants stay in four or five star hotels and that their daily expenses go mainly towards food (54%), shopping (20%), transport (15%) and recreation (10%).

The average length of professional congresses in Barcelona is two or three days, while visitors tend to stay five nights. In 2014, 77% of participants in meetings were foreign and one third of those were not from the continent of Europe.

Finally, the BCB report highlights that Barcelona’s attractiveness as a city influences congress-goers (42%) in their decision to participate in the event. 36% take advantage of an event held in Barcelona to continue traveling outside the city, and 27% to other places in Catalonia. The economic sector to hold the most congresses in the city of Barcelona is the medical sector.