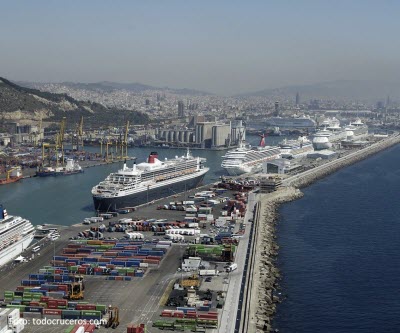 The Port of Barcelona has earmarked 130 million euros in investment for next year, which will include the new entrances to the port area and the corresponding expropriations, the new ICL Iberpotash terminal and urbanizing the Carnival terminal, among others.

Sources from the Port of Barcelona also say that the level of cargo traffic for 2015 is expected to be similar that of the previous year, when the Barcelona facility moved 46.3 million tons. In this regard, the growth of container traffic is up 10% and short sea shipping(also known as the motorways of the sea) is up 20%.Vehicle traffic, on the other hand, is growing at a rate of 18%, expecting to see 900,000 units moved, 60% of which are exports.

Finally, the number of cruise passengers moving through the Barcelona terminals will total roughly 2.5 million this year, compared to 2.4 million in 2014, keeping the Port of Barcelona as the fourth largest cruise port in the world and the first in the Mediterranean.

The port is currently connected to more than 300 ports around the world with 100 regular shipping lines. Road and rail access connecting the port to the main rail lines and motorways make the Barcelona facility, world renowned for its quality, the main gateway to the Iberian Peninsula and southern Europe.