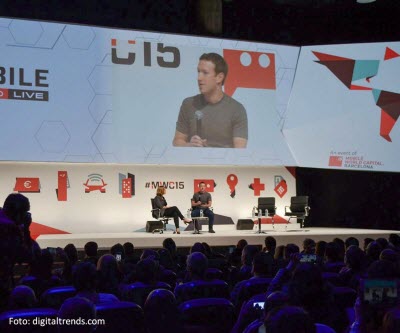 This year’s Mobile World Congress (MWC) beat all of the expectations set by organizers GSMA, both in terms of the number of people it attracted and the economic impact it has had on Barcelona and its area of influence.

On one hand, the event organizers announced that the final number of visitors was more than 93,000 people. This is up 9% from the 2014 edition and 3,000 people more than the initial predictions of the GSMA for this congress. This figure includes more than 3,800 journalists from media outlets around the world and industry analysts.

On the other hand, the increased number of visitors has also brought greater economic returns for the city, from the 436 million euros initially calculated to an economic impact of more than 450 million euros.

Some of the most noteworthy aspects of the congress included the presentation of the new Samsung Galaxy S6, the explosion of the Internet of Things, the presence of Facebook founder Mark Zuckerberg for the second year in a row, and that of head of Android, Sundar Pichai.

The next edition of MWC, which makes Barcelona the global epicenter of innovation in mobile technology, will be held in the Catalan capital from 22 to 25 February 2016. Remember that, according to the ICCA, Barcelona is ranked 1st in the world in number of delegates and 4th in number of congresses.

The one hundred ICT companies that have landed in Barcelona since the city was named Mobile World Capital employ 6,000 people
Since 2011, when Barcelona was named Mobile World Capital, nearly one hundred information and communication technology companies with foreign capital have set up offices in the metropolitan area. The number of companies working in this sector has grown 30% and the number of ICT workers is up 12.8%. As a whole, the new companies in the sector that have been established in the city have generated 6,000 new jobs.