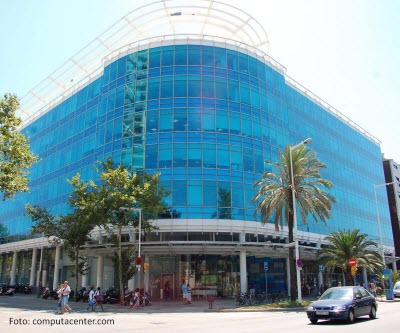 British telecommunications technology group Computacenter, which provides IT infrastructure services, is going to expand its technology center in Barcelona, which provides consulting services and support for clients around the world. The company has leased 6,000 m2 in a building in 22@, which is the most important lease operation in the technology district in recent months.

Computacenter currently employs 600 people in Barcelona, with approximately 60 more to come once they move into the new headquarters. The staff in the Catalan capital currently has professionals of nearly 30 nationalities, mainly French, British, Italian and German, with an average age of 30 and 80% with university degrees. According to the company, the environment in Barcelona is a decisive factor in attracting and retaining the best professionals.

The technology company sees 4 billion euros in turnover each year and employs roughly 10,000 people around the world. In Barcelona, they have two offices, which will be under the same roof after the move to the new headquarters. Computacenter has centralized its global customer service operations in Barcelona, which operates non-stop 24 hours a day.