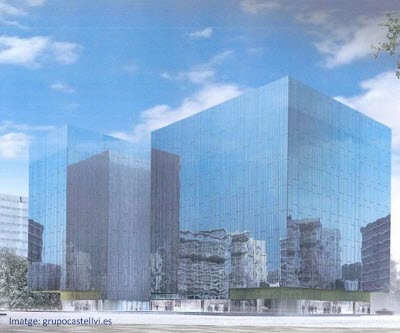 Real estate investment fund Stoneweg, based in Geneva, has opened a subsidiary in Barcelona to acquire residential buildings and buildable land in the country’s main cities, namely Barcelona and Madrid, with expected investment of 160 million euros. Stoneweg, which has already set aside this capital, raised in Switzerland, normally conducts its projects with local real estate developers, like Grup Castellví in Barcelona.

One of the projects the Swiss investment fund is carrying out, in conjunction with the Castellví development group and the international real estate investment platform Global Danbury, is a complex of two office buildings in the 22@ Business Park in Barcelona, just off Plaça de les Glòries, in the 22@innovation district. The new complex, which will receive a total investment of 45 million euros, will have two building of eight floors each and a total floor space of 26,000 m2.

Stoneweg’s interest in Barcelona comes on top of that of other foreign investment funds that have chosen to build in the city in recent years. These include the aforementioned Global Danbury, based in Luxemburg; Shaftesbury, which will invest 45 million euros to build a residential project on Diagonal; British fund Chenavari, which is investing 56 million euros in a residential development at Diagonal Mar; also British Europa Capital, which acquired Casa Burés for 20 million euros to create luxury housing; and American investment bank Goldman Sachs, which paid 90 million euros for a package of buildings from La Llave de Oro.