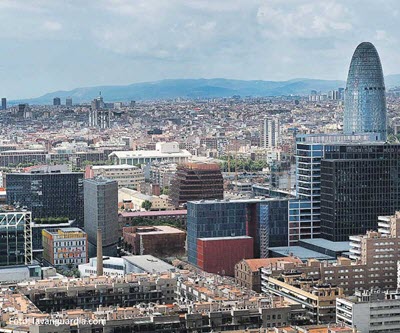 Economic recovery in 2015 brought a record-breaking absorption rate for offices, putting stocks available in the 22@ technology district at an all-time low in an area where demand is always high and there have been no new projects in recent years. According to a market study on the office segment by the real estate consultancy Cushman & Wakefield, there were 90,000 m² available in the district at the end of 2015. This figure represents a vacancy rate for the area of just 10.6%, with very few options for spaces of more than 2,000 m².

Given this situation, things are beginning to change with two new developments that will bring an additional 50,000 m² to the district. Firstly, the Castellví group, along with the  Stoneweg and Global Danburyinternational funds, has begun work on a two-building office complex next to Plaça de les Glòries, with a total investment of €45 million and 26,000 m² of floor space. Additionally, Colonial has acquired the Benson Elliotproject to develop a 17-floor office building with 24,000 m2 of space on Carrer Ciutat de Granada for €77 million. According to Cushman & Wakefield, there is currently 585,000 m2 of land for new offices in 22@, 135,000 m2 of which is land where offices can be built immediately.

Although 22@ has typically attracted large companies – one in four real estate operations for offices in the district involve spaces of more than 2,000 m² – part of this growth has been driven by the retail sector which, according to the study, will continue growing to become a natural extension of the retail offering in the city center. The presence of large companies helps attract new retail outlets, as more than 100,000 people go to work in the district each day.