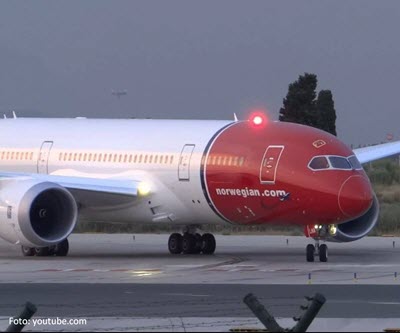 The Barcelona-El Prat airport is taking another step towards becoming an intercontinental hub, with the recent announcements from two foreign airlines regarding new long-haul flights from the Catalan facility, which is the best-connected airport in southern Europe for short-haul flights but has few direct intercontinental connections.

Firstly, Scandinavian company Norwegian Airlines has announced it is launching four new routes to the United States in 2017. The Norwegian company not only announced four new routes, but also that it will establish a long-haul hub in Barcelona with flights to Los Angeles, San Francisco (Oakland), New York (Newark) and Miami (Fort Lauderdale). This route to San Francisco will be the only direct connectionbetween that US city and any airport in Spain.

These four routes will be operated year-round, with between two and four flights a week. Norwegian Airlines began flying to El Prat in 2008, established a short-haul hub there and its operational headquarters for southern Europe in 2014. The company currently offers short-haul flights to 22 destinations. The flights to the United States will be the company’s first long-haul flights from Barcelona.

Furthermore, American Airlines recently announced that it will start selling tickets on 12 September to fly from Barcelona to Chicago next year. This route, for now, will be available between May and September. This destination was not previously available from the Barcelona airport.

Barcelona-El Prat is the second fastest growing airport in Europe, at nearly 13%
El Prat airport saw 12.7% growth in number of passengers over the first six months of the year, making it the second fastest growing airport in Europe among facilities with more than 25 million travelers per year, meaning medium and large airports, surpassed only by Dublin. The figures from June alone, however, put El Prat clearly ahead with passengers up 10%. This data was published recently by the Airports Council International (ACI).