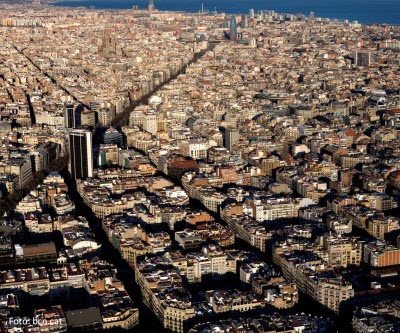 According to data published by real estate consultancy CBRE, from January to September of this year, Barcelona and its metropolitan area received more than 1.3 billion euros in real estate investment. This figure, although slightly lower than the same period last year, certifies the recovery of the market in the Catalan capital after decreases between 2009 and 2011.

The segment that continues to move the most capital is office space. In the first nine months of the year, leases were signed on more than 300,000 m2 of office space, which is nearly twice as much as the same period last year. In this regard, the trend continues of companies moving from the center of Barcelona towards more modern buildings located in Glòries, the 22@ district, Zona Franca or Plaça Europa.

Other segments showing considerable growth are hotels and residential properties, while leases have been signed on nearly half a million square meters of logistics space between January and September throughout Catalonia. Most of this, however, is in Barcelona and its metropolitan area, which has led to the launch of new industrial areas in Zona Franca (CZF and Cilsa) and Abrera (Cimalsa).

Barcelona surpasses Madrid in total square meters of offices leased
For the first time in recorded history, Barcelona has surpassed Madrid in the amount of office space leased in the first nine months of the year. The rebound of the real estate sector has been so noteworthy in the Catalan capital that movement has returned to pre-crisis levels, according to a report from real estate consultancy Cushman&Wakefield. Specifically, this sector was up 84% from January to September, with 330,000 m2 leased. Foreseeably, in 2015 the market will be on par with the all-time record from 2005, when more than 400,000 m2 of office space was leased.