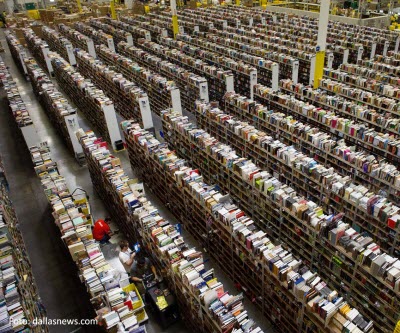 Last week, the Catalan Land Institute (Incasòl) and Amazon, the global e-commerce giant, signed a contract adjudicating a 150,000-m2 plot in the Mas Blau business park in El Prat de Llobregat, one of the strategic projects that make up the Barcelona Cataloniainitiative. The American company will build its benchmark logistics center for southern Europe on this land.

The group founded by Jeff Bezos will pay 30 million euros for the plot, where they will build 210,000 m2 of logistics warehouses, office space and services, including a staff restaurant. Investment in this new facility will create some 2,000 new jobs. It must be noted that Amazon’s offer for the plot won out over two other groups, competing for a plot highly sought after by logistics operators given its proximity to the port and the airport.

Initially, the center in Barcelona will serve Spain and southern France, but the way Amazon works –without logistics centers concentrated exclusively in one geographic area- means it will probably be used as a base for the rest of Europe as well. Amazon currently has 29 logistics centers in Europe, most in the United Kingdom, Germany and France. There is only one in Spain, in Madrid, which will be 75,000 m2 once expansion work has been completed.

The American multinational corporation is expected to break ground in the first quarter of 2016 and the new Amazon logistics center could handle next year’s Christmas orders.

Amazon’s investment in the Mas Blau business park, one of the most important points of economic and industrial activity in the metropolitan area, is helping consolidate Barcelona and Catalonia as hubs of innovation and logistics in southern Europe.