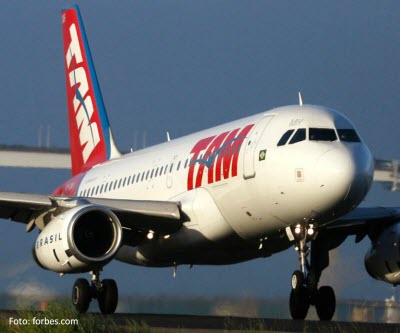 At the beginning of the summer, Brazilian airline Latam Airlines announced that they will launch a new route between Barcelona and Sao Paulo in October. The company, which will be operating from Catalonia for the first time, will offer three flights per week and hopes to move 60,000 passengers per year.

Latam Airlines aims to position Barcelona as one of the most important hubs connecting Europe and South America, taking into account that 175,000 passengers fly between the Catalan capital and Brazil each year.

At the same time, low-cost airline Easyjet announced that they will inaugurate a new base of operations at the Barcelona-El Prat airport in February 2016. The new base will have three Airbus A-320 planes. The British company expects to create 120 new jobs in Barcelona, mainly pilots and cabin crew, where it already employs 130 workers. Easyjet is the fourth company to set up base at El Prat, after Vueling, Ryanair and Norwegian Airlines.

Passenger traffic up 3.7% and cargo, 14.7%
It must also be noted that the Barcelona-El Prat airport saw the best month in its history in August with 4,399,719 passengers, up 3.7% from the same month in 2014. This year so far, the airport has registered 26,721,196 users, 4.8% more than last year. The most noteworthy figure is the 17% increase in passengers on intercontinental flights.