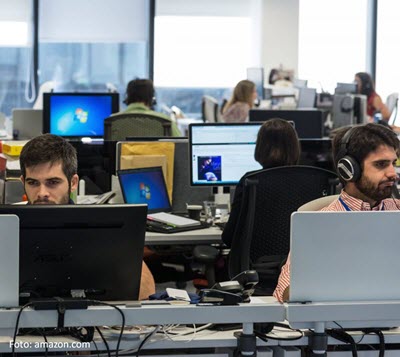 According to the Startup Ecosystem Overview report drafted by the Mobile World Capital Barcelona Foundation (MWCB), the Catalan capital is now ranked fifth in Europe in technology-based companies, surpassed only by London, Berlin, Paris and Amsterdam, and ranked just ahead of Madrid. The report predicts Europe will have five cities focusing on start-ups in the next four or five years, and Barcelona aspires to be one of them.

In this regard, MWCB assures that these start-ups will be distributed among the hubs by specialization and verticalization. So, as fintech companies are centered in London, cybersecurity in Tel Aviv and gaming in some of the Nordic cities, Barcelona will be the hub for e-commerce and social businesses.

Currently, of companies established in Barcelona, 43% are using B2B models. In this regard, 21% of all technology companies in the city work in e-commerce, with 10% in mobile, 10% enterprise and 9% tourism. The latter shows the greatest growth, which is logical taking into account the Catalan capital is very strong in tourism and a brand that is a guaranteed springboard to the world.

According to the Catalan government, Catalonia was ranked second in southern Europe for attracting foreign investment projects in ICT in 2016. Furthermore, Barcelona has traditionally been a noteworthy destination for technology investment, which has helped improve the Catalan capital’s position as an innovative hub.