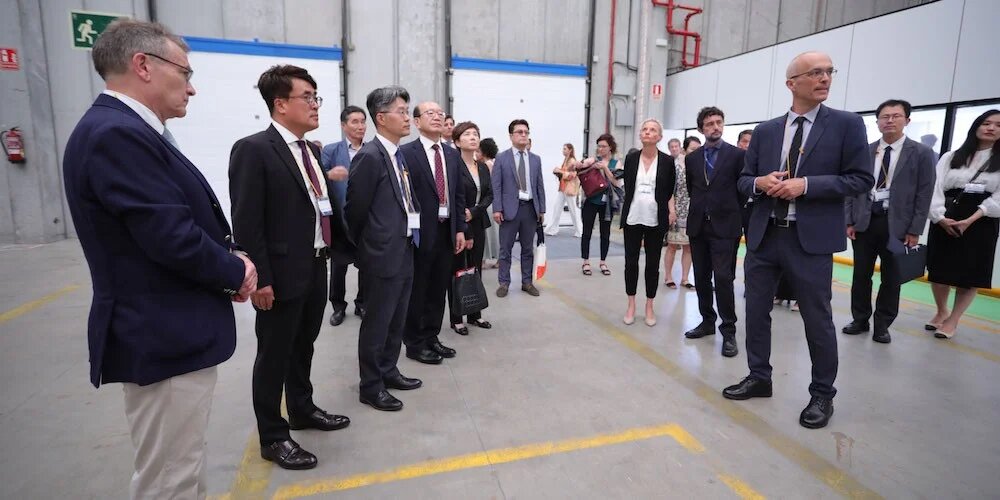 The new logistics center B2B Logistics Busan Barcelona Hub, located in the ZAL Barcelona, is launched with the aim of becoming the main entry point for Korean products in Southern Europe and a distribution center for the Spanish, French, Portuguese and Italian markets, as well as for North Africa.

The logistics platform, promoted by the ports of Barcelona and Busan (Korea), has an initial surface area of 9,129 square meters. It will be managed by the operators FM Logistic, its first warehouse in the ZAL, and Taewoong Logistic, which has not yet operated in Europe.

It is worth noting that in 2021, traffic between the port of Barcelona and Korea amounted to 793,000 tonnes, a figure similar to that achieved in 2019, before the pandemic. In addition, more than 55% of Spanish maritime imports from Korea enter through the port of Barcelona, with Catalonia being the main destination for Korean imports.

The President of the Port of Barcelona, Damià Calvet, stated that “our objective is to facilitate, speed up and make trade between Europe and Korea more sustainable. In both cases, they are very powerful economies that can make their ties grow. Asia is our market of reference and represents more than 50% of the exports and imports that pass through the port of Barcelona and Korea. It is a benchmark country for technological and high value-added products, one of the segments in which we also have an outstanding position”.