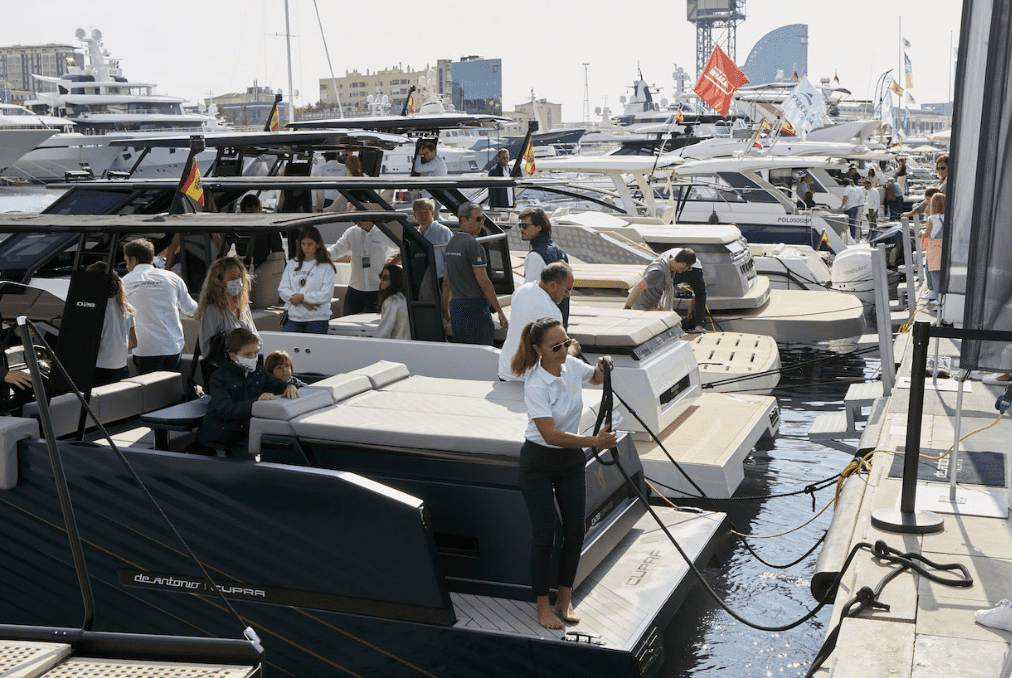 This year’s event had a clear focus on sustainability, featuring electric and hybrid boats.

The 60th edition of the Saló Nàutic Internacional de Barcelona closed on 16th October with more than 50,000 visitors, 279 exhibitors, more than 700 boats and 80 novelties, according to the Fira de Barcelona.

The event aimed to promote sustainability in the sector, showcasing new electric and hybrid boats. The show was attended by 400 international buyers, who were able to see 28 catamarans and 14 boats, which are candidates for the Mejor Barco Europeo del Año.

The fair has been the setting for the presentation to visitors of the America’s Cup, which will be held in 2024 off the coast of Barcelona. For this reason, the New Zealand organising team has been present and the visit of the members of the Swiss team Alinghi, a group that is already training in the Catalan capital, has been reported.

Fifteen start-ups from seven different countries have presented their projects for a digitised and less aggressive marine environment. A small-scale boat has been presented, with an aesthetic similar to that of a car, which functions as a taxi but at sea. This is the project of the company Seabubble and the difference it presented compared to similar projects from other years is that the boat is completely electric. The aim of this proposal is to save time and energy, according to statements made by Joan Company, one of the promoters of this project.

Another innovation presented during the show was a remotely operated life-saver, with the purpose of reaching the victim as quickly as possible. It is a project created by a Valencian company called Proteus. The lifeguard has a built-in microphone and loudspeaker, so that the rescuer and the victim can be in contact.

The event organisers have declared that “it has been one of the best events in recent years thanks to the large number of visitors registered, the quality of the offer and the business contacts generated”, which helps to reinforce the event as a leader and benchmark in the sector in Spain.