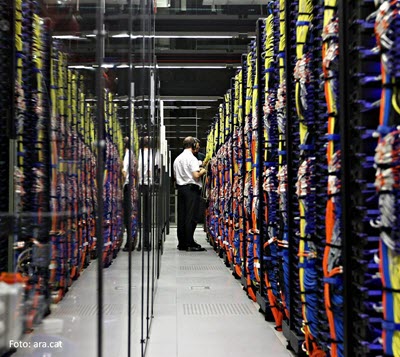 Catalonia has become a reference point for the Big Data sector. According to Enquesta Big Data Catalonia, elaborated by Centre d’Excel·lència en Big Data (Big Data CoE) and Clúster Digital –with the support of the Government of Catalonia through the Secretaria de Telecomunicacions, Ciberseguretat i Societat Digital– during the last two years, the total amount of companies and institutions working on data economics, or Big Data, in Catalonia almost doubled in number, reaching the figure of 113. This figure was 57 in 2016.

In this sense, and according to a report by Data Landscape – an initiative from the European Commission with the aim of identifying all agents involved in the economy related to data – Catalonia ratifies its European leadership and exceeds in number of Big Data companies to regions and technological capitals of the continent such as London, with 92 companies; Madrid, with 53; Paris, 50; Berlin, 31, or Tallinn, 26. The number of companies throughout the Netherlands is 95. It is also important highlighting that from those 113 companies and institutions, 95 are located at Barcelona and its metropolitan area, one of the most important technological hubs in the continent.

Nonetheless, it should be underline that Data Landscape is an open project and companies register themselves voluntarily. In any event, after three years of existence, Catalonia continues to lead the ranking of regions with the highest density of Big Data companies. According to the survey, almost half of them entered the sector during the last five years, and almost sixty per cent of them are ICT companies. Education and research come afterwards, with an 11%; then, other sectors follow such as the industrial, the commercial or the mobility one.

Sources from the Secretaria de Telecomunicacions, Ciberseguretat i Societat Digital of the Government of Catalonia assure these data are the result from estratègia SmartCAT, which made possible for Catalonia to currently being a big creator and importer of Big Data companies and institutions within Europe.